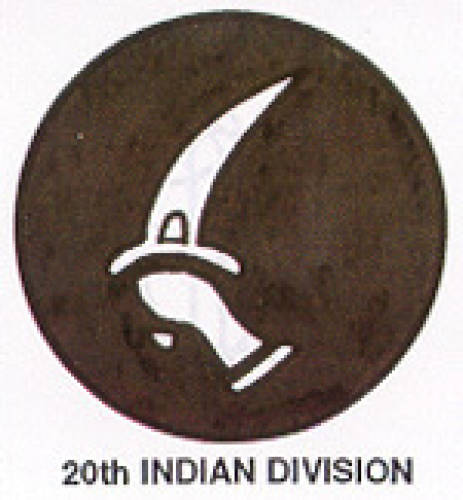 The Badge of this unit was an Indian sword (a Tulwar) in silver, raised aloft in a clenched fist set on a black circular background  The sign was chosen to Symbolise the ""Swift and Deadly Execution of the Enemy"".

The Division was raised in Bangalore on the 1st April 1942 by  Maj/Gen Sir Douglas Gracey (KCIE CB CBE MC)  who Commanded them through out there training in Ceylon and it's active service in Assam, Burma, and Indo-China, until they were disbanded in April-May 1946.

The Division distinguished itself  in the Burma Campaign particularly during the Defence of the Imphal plain, during the spring and early summer of 1944. they also took part in the breakout from the Irrawaddy Bridgehead a year later.

In September 1946 the Division moved to French Indo-China where it concentrated and disarmed 70,000 Japanese troops.

Structure of the Division