Burma and the Battle of Kangaw - Ted Ridley 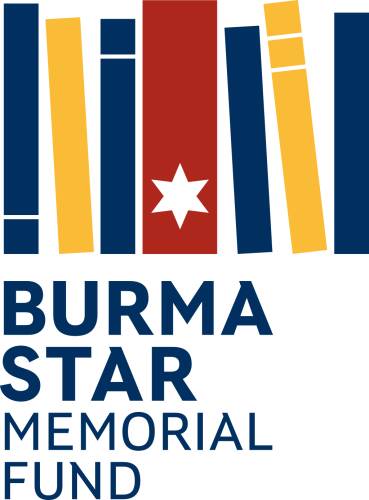 The following is an account written by Ted Ridley of the return to Hill 173 on the 60th Anniversary of The Battle of Kangaw Hill.

The 31st January 2005 was the 60th Anniversary of the Battle of Kangaw (Hill 170) in the NW Burmese state of the Arakan when in 1945 3 Commando Brigade blocked the Japanese escape route to Rangoon.

The 3 Commando Brigade ""Heroes Return"" Group left UK on 10th March 2005 and was led by Ted Syms of 44 Commando. I joined them at Kuala Lumpar on 11th March. The party of 24 included seventeen 3 Commando Brigade veterans and seven carers (three sons, two wives, one daughter and one grandson). There were six veterans from 42 Commando, five from 44 Commando, four from 5 Commando, one from 1 Commando and one from 901 Flotilla (landing craft).

On 12th March we visited Rangoon and Htaukkyan War Cemeteries, where 127 of 3 Commando Brigade are now buried. Services were held at both cemeteries. In the evening we attended evensong at the Rangoon Cathedral, followed by a reception hosted by the British Ambassador, Ms Vicky Bowman. The beautifully laid out and maintained Htaukkyan War Cemetery was commenced in 1951 and now contains over 6,000 graves transferred from civil and military cemeteries from around Burma, as well as many jungle and roadside graves. On the rotunda and collonades are inscribed the names of 27,000 men who have no known graves.

Monday 14th we flew to Akyab where we boarded a local ferry for the long trip up the Kaladan River to Mrauk U, the old Arakan capital. The top deck had been cleared and set up for lunch for us. By the time we arrived at Mrauk U the town power was off and we disembarked by the light of torches and a truck headlights - and to our hotel for a midnight dinner (the hotel has it's own generator).

Tuesday an easy day with a tour of Mrauk U, and a visit to the main Buddhist temple which has the inappropriate name of Shit Thaung Temple. It houses, in a myriad of tunnels, niches and rooms, several hundred traditional (seated cross-legged with left forearm resting in lap, hand palm up) statues of Buddha ranging in size from about 200mm to the massive golden statue in the main hall.

Wednesday an early start for the long day to Hill 170. A 3 hour drive to Kangaw along a reasonable, if bumpy, road with many bridges to cope with the monsoon rains. One bridge which was under repair we walked across as our bus carefully negotiated hastily laid planks.

A short walk from the road took us to Kangaw village, where we had a rest and met the villagers, before setting out for Hill 170. Although all the rice had been harvested - evidenced by the large heaps of husks we saw on the threshing areas - there were still patches of mud in the fields, so our way was along tracks on the bunds (banks). Tracks easily negotiated by the young, but with much care (and often assistance) by us octogenarians, especially sections where the bund had been cut to let water pass from one field to another. Walking sticks were a boon !

Our route was via a hill, code-named ""Pinner"", which was occupied by 44 Commando when held in reserve. The 44 Commando vets were able to climb to the top to place crosses. Then began the long trek to 170, where at the foot, is now a small village called (phonetically) Car Dawng Swe.

As we entered the village, girls presented us with little posies and led us to a clearing shaded by a big tree. A low table had been set up in the centre of the clearing with a bench for the headman and his two ""off-siders"". All the chairs in the village had been rounded up for our use and set in a circle and a large stack of coconuts opened for our refreshment. All the village, who rarely saw foreigners and had certainly never seen so many westerners at once, were around our circle while our guide interpreted the headman's words - which were thanks to us for visiting their village. Their biggest fascination, young and old, was to see themselves on the latest cameras. We were able to present them with a sum of money for their school.

After lunch we passed the well that the Japs sniped and lobbed mortar bombs whenever we went for water - the stone surround of the well has gone but the excellent dressed stone lining of the well remains. We then climbed the steep Hill 170 with much necessary assistance from the young men with us and young men of the village. Alan Wilson led us to the depression which had once been a Japanese machine-gun emplacement, near to where men had died. Crosses were planted here, and after a period of silence and reflection the ode (They shall not grow old....) was recited, followed by the Kohima epitaph (When you go home...). Very emotional for us few, remembering those so young friends who had died there sixty years ago, but never forgotten by us.

From near 170 we boarded local boats (canoes/sampans?) to return, via a chaung through a pandanus swamp, to near Pinner and then to a point where we met our bus for the return to Mrauk U. The next day we boarded the same ferry back to Akyab where we stayed overnight before flying back to Rangoon and our departure from Burma on the 19th.

It was the ""Heroes Return"" scheme that made it possible for most of the 17 veterans from UK to return; even with that financial assistance, many of them struggled to find the money to join the pilgrimage. It was a real sense of achievement to have actually returned to, and climbed, Hill 170 - a shower of rain like one we had the previous day would have made the banks so slippery it could have prevented us making the trek through the rice fields. Luck was on our side.