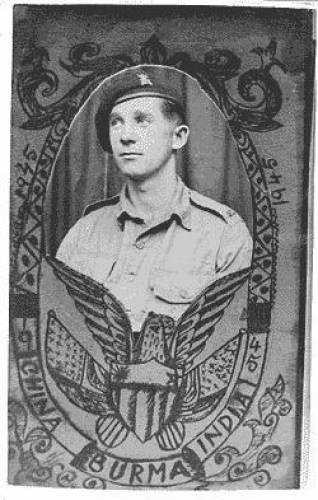 At the outbreak of the war the Royal Armoured Corps in India was practically non-existant, in such a bad state that an armoured brigade had to be shipped from the Middle East to assist in the retreat from Burma.  This brigade was forced to abandon their Honey tanks at Shwegyin but they had been one of the major factors in the successful evacuation of Burma, yet on their return to India were posted to spend the rest of the war in comparative isolation. It would appear that the Generals had no place for tanks or for this magnificent formation, so with the rest of the armoured regiments in India would enter into a long period of frustration.

It had been in 1941 that two hostilities only regiments had been formed ,both had been given outdated cavalry identity 25th Dragoons and the 26th Hussars but they had no vehicles and only a few outdated weapons and had been created with infantrymen from most of the battalions stationed in India. It was to be expected that regiments ordered to send drafts to make up these new regiments of another arm would especially in war time, get rid of its worse soldiers and not its best. The main trouble with these soldiers was that the majority had been in India for more than seven years and were suffering from lowering morale, which was very quickly passed on to the RAC Drafts that were slowly arriving from the U.K. One can well imagine the effect they had on these young soldiers, just arrived, not wanting to come to India in the first place, on being told that their new comrades had been out there for seven years plus and were without hope of ever going home. Eventually, however, these old soldiers were sent home and replaced by The 25th Dragoons at the end of 1943 were ordered into active service and were moved to the Arakan in great secrecy. This regiment was highly successful and proved that tanks could be used in the jungle conditions if properly handled and boldly used and although their active service was short their accomplishment was second to none. Tanks were able to get close to the Japanese bunkers which enabled many attacks to succeed which otherwise would have been costly failures. The battle for the Admin Box proved without doubt the value of the tank and aircraft.

Meantime, the 26th Hussars then at Alair Camp, Secunderbad had been ordered to mobilize for war.37mm and 75mm ammunition arrived and was loaded into the tanks with post haste, all ranks issued with green battledress, morale was high, the Hussars would fight. Then the bombshell dropped, the Hussars were to be disbanded and used to reinforce the Carabiniers and also the rest to Special Forces (later to be known as Chindits) It would be impossible to describe the feeling of the Officers and Men but the decision had been made and as soldiers we must obey. The 26th Hussars were transferred to the Carabiniers virtually en block and on arriving at Trivllor, Madras found that their tanks that they had laboriously loaded with ammunition and then unloaded, awaiting once again to be loaded to capacity and to be transported to Imphal

It was at the end of December 1943 that the Carabiniers now typical of all armoured regiments, with the Officers and Men representative of the Royal Armoured Corps with the few Carabiniers well and truly outnumbered arrived, also the 7th Indian Cavalry the other regiment to make up the full complement of the 254 Indian Tank Brigade and immediately started training in ways of overcoming the Japanese bunker also being introduced to the intricacy of mountain climbing for they would be called upon to engage a very ferocious but courageous enemy on the peaks of mountains from 6000-10000 ft A.S.L. they would remain in the van of the fighting, leading the advance for over eleven hundred miles through the worse tank country in the world, fighting with six divisions, supporting over forty different battalions. The Carabiniers were awarded thirteen battle honours for their service in Burma but it must be stated that only mere handful of Officer's and Men would see the campaign through from start to finish. The few tanks that s on to complete an epic victory. The glory of Nunshigum is not that of the Officer's that were killed but to the courage and determination of the young Troopers that took their places. Tank warfare in Burma was unique, far removed from the great armoured battles in the rest of the world where divisions of tanks supported by aircraft fought to gain superiority over each other. Tank warfare in Burma was different and the Japanese used many forms of attack from the sticky bomb (A magnetized mine which stuck on the armour) Chibidan or the Tich Bomb, this consisted of a thick glass ball about the size of a base-ball. When the tanks armour shattered the glass on impact the liquid inside gasified which was drawn into the tank killing its occupants. They would also carry out suicide attacks such as sitting in a hole in the road holding a 500lb ariel bomb waiting for a tank to pass over. A Japanese Officer almost captured a tank single handed, armed only with a sword and would have done had it not been for the courage of a nineteen year old Trooper who fought it out in the bowels of the tank killing his adversary with his own pistol. The last battle of the Carabiniers was a gun dual between a C Squadron tank and an enemy gun (a captured British 25 Pounder) the tank did not stand a chance and its entire crew was lost. When the Burma war is spoken about, remember the tank was there and did what it was ordered to do.