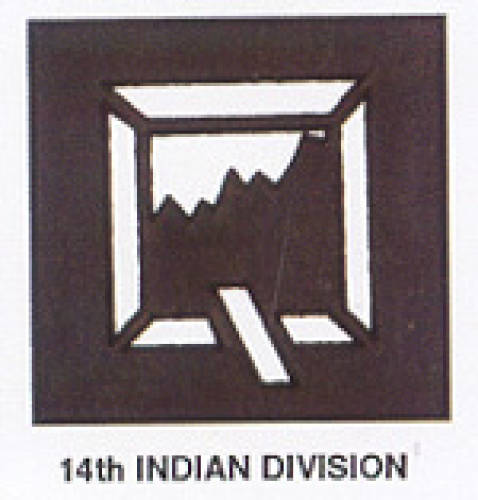 The Badge of this unit depicts a Mountain Range in Black, (the centre peak being Takath at 10,000ft overlooking Quetta) set in a White Frame on a Black background, (the frame taking the form of the letter ""Q"" to link with Quetta were the Division was Formed in May1942 by Maj/Gen HH Rich.

The Division served in the Eastern Army (India) taking part in the Hard Fighting in the Arakan, before the ""Fourteenth Army"" was raised. They took part in the Mayu Peninsular Operation before being forced to withdraw when Maundu, & Buthidaung, were evacuated in May 1943.

The Division was moved back from the Arakan to Central Indian Command where they assumed the Role of a Training Division.

They were commanded by Maj/Gen HH Lloyd.

Commanded by Brig A. Hunt

Commanded by Brig B Hammond