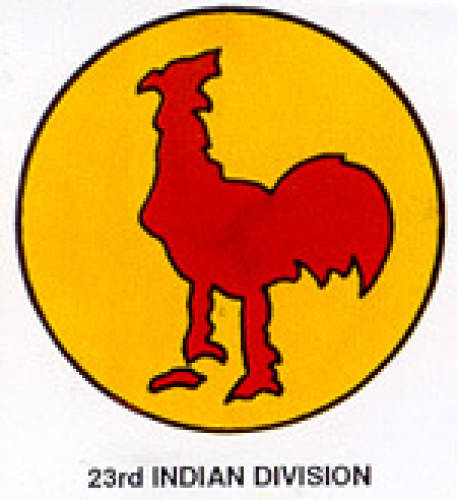 The Badge of this unit was a red fighting cock on a light yellow circle, it was designed by Maj/Gen RA Savory (CB DSO MC) it was designed to symbolise both British and Indian Troops without  being offensive to either Muslim  or Hindu religion.

In 1942 the Division covered the withdrawal of General Alexander's Army through Imphal, and later fought with distinction around Shenam, Pelal and Tamu, this was during the Japanese offensive against Imphal in 1944.

In September 1945 the Division took part in ""Operation Zipper"" which was the Invasion of Malaya, in the same month it moved on to Java where it's main task was the evacuation of Internees and restoration of Law and Order during the Civil disturbance that took place at that time.

They were commanded by Maj/Gen O Roberts (DSO)

Structure of the Division

Commanded by Brig. A King