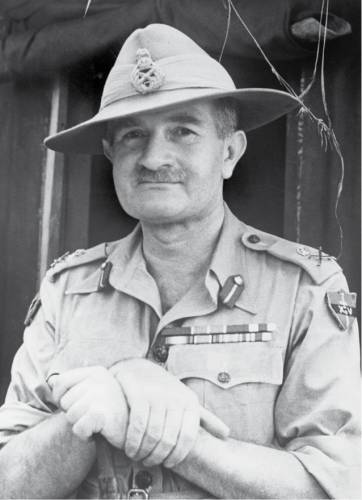 "The regrouping of forces in South East Asia for the reoccupation of so many areas has compelled me regretfully to order the break-up of the Fourteenth Army.

When you were formed I told you that you could become one of the best known armies that the British Empire ever had. And so you did.

Inheriting a legacy of defeat and disaster, constantly short of equipment and men, by your discipline, courage, dash, skill and above all, by your refusal ever to be beaten by Man or Nature, you achieved a success few thought possible.

Many races fighting and working in comradeship learned to appreciate one another's values. Carry that mutual respect into the future, wherever you may be called. Carry with you, too, qualities that made the Fourteenth Army what it was. Whether you serve on, or return to civil life, they will be required, and the world will be a better place because you retained them.

Remember you were of the Fourteenth Army, and never say die. So long as you live you may be proud of our Army and of the part you played in it, against odds at a critical time in history.

As your C-in-C, I send each one of you my thanks, my admiration and my confidence that, in peace as in war, the men and women of the Fourteenth Army will play a noble part. Good luck to you and God bless you."